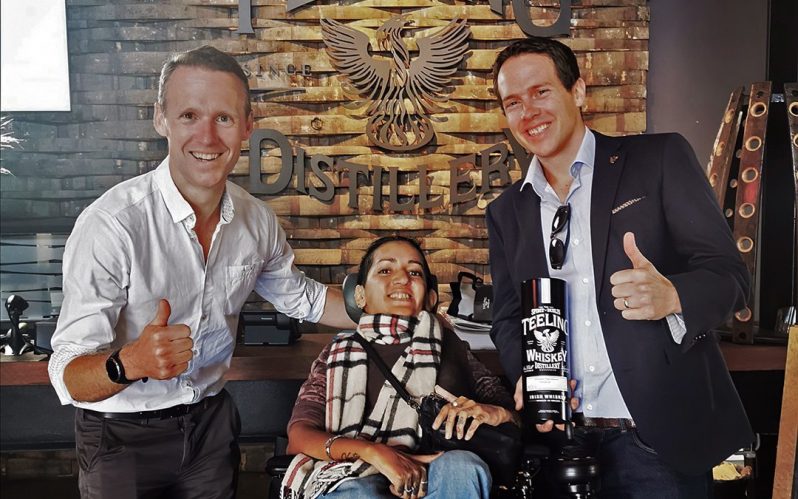 Back in 2006, I got to fulfil a dream of mine, by travelling to Ireland. Two years before that, I had purchased my first bottles of whisky without having a clue about what I was doing. Little did I know that this would transpire into becoming so much more than a random purchase of some liquor, it grew into a serious passion.

I have no idea why, but I have had this inexplicable urge to travel to Ireland for as long as I can remember. When I finally arrived at Dublin Airport in 2006, it was such an outlandish experience. I immediately felt at home, it was like being slapped in the face. Home, where I belonged. After that, I have been back in Dublin as often as possible, drinking whiskey, making friends, and here I am dreaming of being able to move to Ireland in the future.

Not only did visiting Dublin wake something in me, but it also fueled a rapidly growing passion for whisky and Irish whiskey in particular. I have visited a few distilleries and visitor centres, and Teeling is by far my favourite. I have lost count of how many times I’ve been there and I know their tour by heart. It might sound weird but having followed the distillery since they opened back in 2015, I somehow feel like I have a personal connection to them. I even decided to get the Teeling phoenix tattooed on my left arm in 2018, a tattoo I wear with great pride. When I went back to Dublin last summer to celebrate my 40th birthday, I also had the pleasure of meeting both Jack and Stephen Teeling in person. I was amazed by how loving and down to earth they were, for sure one of my most memorable moments and it meant a lot to me. In Dublin, I also discovered what quickly became one of my favourite places on earth, The Dingle Whiskey Bar. The ambience of this bar, the people working there, their vast selection of whisk(e)y, not to mention their tastings held by the knowledgeable Fionnán O’Connor. What’s not to love? Meeting Fionnán and experiencing his passion for whisky, was something that meant a lot for my whisky journey. He ignited an insatiable hunger to learn more, about whisky and the industry, which lead me to where I am today.

I can’t remember exactly when I started drinking whisky, but I do remember buying my first couple of bottles back in 2004. In 2011, I purchased a bottle of Macallan for my boyfriend at the time, and I fondly remember how smooth and creamy I perceived it to be. In 2018, I joined my first local whisky club and soon decided to join yet another. As a very much outgoing and social person, I discovered a non-judgmental, non-discriminating, open, warm, and loving community where people treat each other with respect, which was something I didn’t realise I so desperately needed in my life.

In August I finally decided to take the plunge and start whisky blogging. There are a lot of blogs out there, as well as a lot of knowledgeable people, so I feared I wouldn’t have anything to bring to the table. Truth be told, I didn’t have a lot of confidence. Being a female in a male-dominated community and also being disabled, I didn’t feel confident enough to make myself known, to speak up, or even share my opinions about the whisky I was drinking. Being part of this wonderful community changed everything for me, in many ways it became life-altering. I’ve made lifelong friendships that have helped me grow as an individual and taught me to believe in myself no matter what.

My blog Freedom & Whisky was born from a strong desire to learn more about whisk(e)y. I wanted to utilize it to get a better understanding of nosing and tasting whisk(e)y, in a way forcing myself to use all my senses. Whether a whisky sings to me or not, my blog will always be a testament to my views and opinions, and it is a way of documenting my whisky journey.

Having to find ways to deal with the lock-down that was thrown upon us earlier this year, meeting, tastings, and events had to be moved online and a lot of possibilities opened up to me and others in similar situations. To be able to sit anywhere in the world as long as you have a phone or a computer with internet access was fantastic and the never-ending struggle regarding wheelchair accessibility was suddenly no longer an issue.

Every time I participate in an online tasting, I gain more confidence, so I’ve started asking questions, voicing my opinions, and I quickly realized that my disability was unimportant. People didn’t care about it, they cared about me as an individual, and as an equal sharing the same interest, WHISKEY! 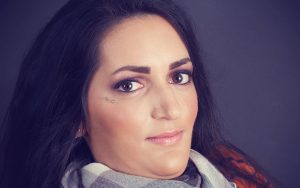 Shamini Charlie Thevarajah is a 41 year old whiskey enthusiast from Norway who is passionately in love with everything Irish, and especially Irish whiskey. Descriptors like extrovert, outgoing, and social fit her well. She is also the author behind Freedom & Whisky (www.freedomandwhisky.no)