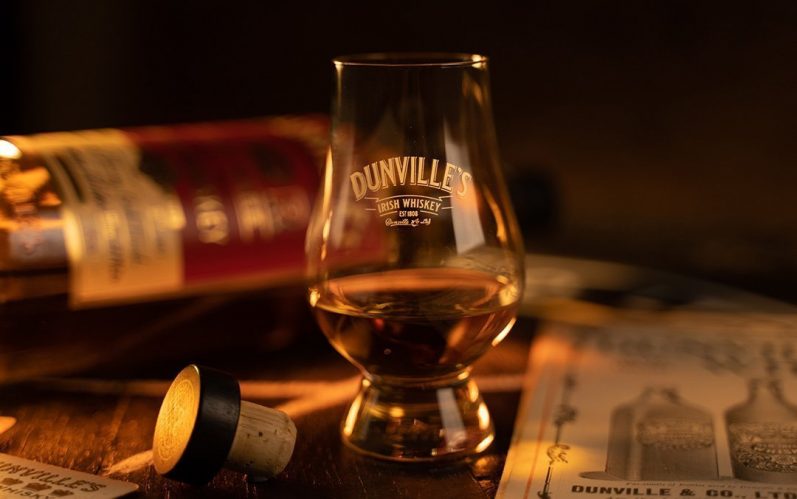 Limited release of 318 bottles from a single cask

Dunville’s 18 Year Old Palo Cortado Sherry Cask Finish Whiskey Cask 1211 is the latest addition to Dunville’s Single Cask Series. Bottled at Cask Strength 54% ABV, it is limited to just 318 individually numbered bottles. It will be available from The Echlinville Distillery online shop from 8pm on Wednesday 30 September 2020 and also from selected retailers.

Finished for almost three years in the finest Palo Cortado sherry cask, this whiskey is packed with notes of chocolate candied oranges, caramelised crème brulée, ripe orchard fruits, citrus zest and a hint of Christmas spices – nutmeg, cinnamon and toasted almonds. Cask 1211 takes its place proudly in the Single Cask Series alongside Dunville’s earlier Palo Cortado releases, both of which sold out within a few hours of their release earlier this year.

“When we revived the Dunville’s whiskey brand in 2012 we did so with the promise not to compromise in our desire to produce the finest whiskeys conceivable. Our Single Cask Series is central to that ethos, showcasing the very best whiskeys in the Dunville’s warehouses and featuring exceptional Irish whiskey, uncompromised and bottled at its optimum strength to deliver both a stunning palate and wonderful, luxurious mouthfeel.

“We firmly believe that each offering from the Single Cask Series further enhances Dunville’s global reputation for excellence and helps us take another step towards restoring ‘The Spirit of Belfast’ to its rightful place among the world’s best whiskeys.”

Dunville’s 18 Year Old Palo Cortado Sherry Finish Single Cask Whiskey, Cask 1211 is priced £199 and will be available from The Echlinville Distillery  online at https://shop.echlinville.com/products/dunville-s-18-palo-cortado-sherry-cask-finish and at selected retailers, details of which will follow.

For delivery outside Ireland and the UK please complete our Worldwide Shipping Enquiry form at https://shop.echlinville.com/pages/worldwide-shipping-enquiry